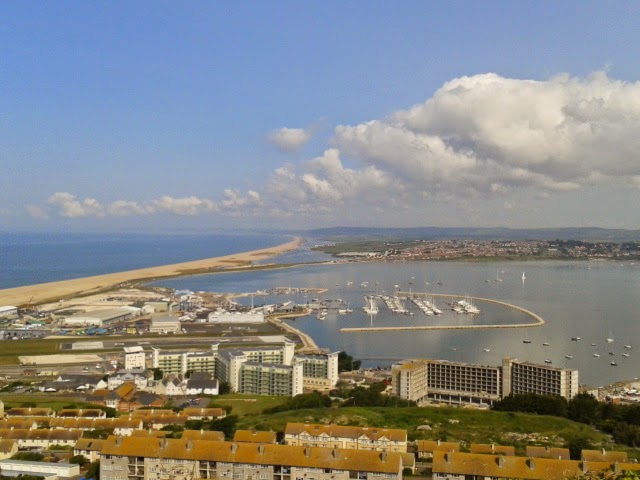 ﻿
Although I've got 11 odd days to update, it shouldn't take too long, as in truth it's been rather quiet.
17th-20th
Various excursions around the place revealed little evidence of migration, except the one day when whilst working at The Verne, I came across a nice concentration of 10 Wheatear.  Also a Black Redstart not far away in the housing estate.  Very little elsewhere, so did they somehow filter into the same spot?
Some of the other highlights during this period, was my first two Swallow over Barleycrates lane, the continued presence of the Iceland Gull, and the odd sighting of Redwing, Firecrest, and Rook.
I also had a seawatch from Chesil Cove one morning, that saw 8 Red-throated Diver go past, as well as a pair of female saw-bill duck.  I was pretty sure at the time I saw blank white panels in the wings (making them Goosander), but I stupidly failed to check the neck markings.  One that got away.
21st
After a relatively uneventful morning, hearing my first Blackcap in song at Verne Common, and seeing Iceland Gull and Shelduck at Ferrybridge, I set off on my second circuit of the 'mid-island triangle'.
I was half-way round before I noticed that a goody had been found down the road at Wakeham, so I rushed back to the car.  On arrival the bird had done a vanishing act, but after a bit of searching, it was refound by John Lucas, in a garden.  They weren't great views, but it was my first Portland Hoopoe (upupa epops)! 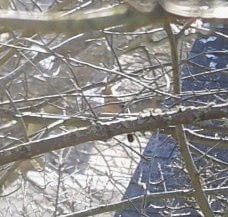 The bird soon disappeared once more, never to be seen again!  Lucky.
I wasn't sure at the time whether the bird was in my patch or not, in fact I suspected it was right on the edge.  I needn't have worried, as a quick refresh of my patch map, proved that the bird was well inside.
22nd
Just a quick mention of the Dorset Butterfly Conservation AGM which I attended.  It was very interesting, but it was a particular pleasure to meet the legendary Dr Phil Sterling.  Any moth enthusiasts out there will (should) know his name!
23rd
Little to relate today, but a nice stroll round Verne Common produced a load of prehistoric looking Field Horsetail coming up (for those that don't know, Horsetails are ancient plants, distantly related to Ferns). 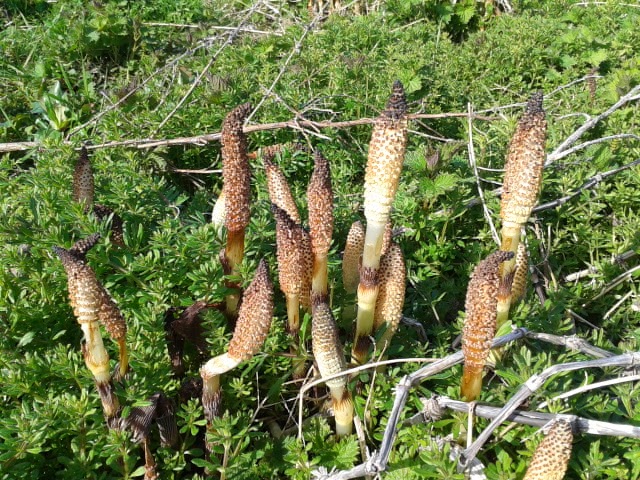 The other interesting observation of the day was listening to the incredible repertoire of a Carrion Crow at Barleycrates Lane.  The weak bubbling calls (which you may just be able to make out above the wind noise) I've heard before, but the Magpie-like chuckle it makes is completely new to me. I don't know if it is just a coincidence, but shortly before, I had witnessed a Crow mobbing a Magpie not far away (which incidentally, was also set upon by a pair of Peregrine, and had to ditch into a bush to escape).
Listen for the birds best Ptarmigan impression too!
﻿

It all happens on Portland!

The wind was a south-easterly, and that means only one thing; seawatching.

I wasn't expecting a great deal this early in the year, but the result of three hours watching in Chesil Cove was by far the best of the year so far.

The highlight was an early pair of 'Commic' Tern which spent a great deal of time sitting on a very distant buoy. Making out any detail was tricky, but their wings looked very white, which made me think of Arctic.  However, an Arctic on this date would be very unusual, so I had to conclude they were likely to be Common Tern which hadn't quite developed the black markings on the wing-tip of summer-plumage.

The other top sightings were a brief Puffin, a single Sandwich Tern, 12 Common Scoter, 3 Shelduck, and the Iceland Gull once again.

This morning, it was a suitable day to get up at half 4, to go and hear the dawn chorus.  Myself and Megan Shersby headed down to Lodmoor, in order to connect with one part of the chorus in particular.  In recent weeks, the reserves first ever booming Bittern had taken residence, so we had to give him a listen.

Just as predicted, we heard him even before we had finished getting out the car!  It was a great performance in the end, sounding really close too.  Such a shame however, that the sound is so low in pitch, that my camera failed to pick it up (I really need some proper sound equipment)!  Oh well, you can enjoy the dawn chorus instead!  How many species can you hear?

Just before lunch, I set up on the West Cliffs in order to count the overhead passage, which was seemingly strong this morning.

After an hour, I finished on an impressive 224 Meadow Pipit, along with smaller numbers of the likes of Linnet and Skylark.  The highlights however were a/the Red Kite again, and my first four Sand Martin of the year, inter-mingled with a Pipit flock.

Also whilst here, I found this awesome little Spider, Micaria pulicaria, which, although may not look like it here, closely resembled an Ant when it moved. 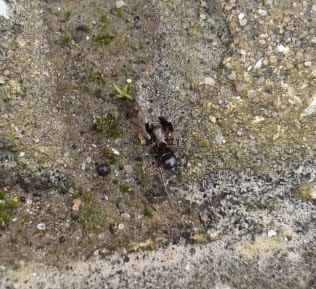 Much the same as in previous days, with a further 'vizmig' session producing almost exact same numbers as the previous one.

Although today was quite a busy day at the Bill, my usual stroll round Reap/Barleycrates/Suckthumb produced only 5 Wheatear and 10 Chiffchaff.  It's as if Southwell is an impenetrable migrant barrier!

Nonetheless, I'll leave you with one of my favourite residents, the overlooked Stock Dove. 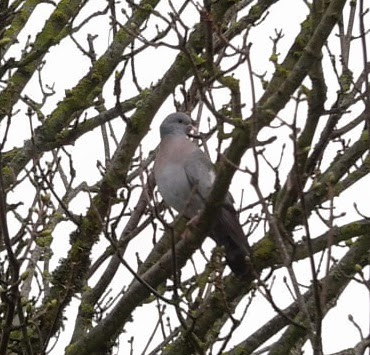 With winds in the east, it looks as if the next week or so could be good, which is rather typical, as I'll only have the one or two mornings off!  Back on afternoons from the 7th though.
Posted by Sean Foote at 12:16 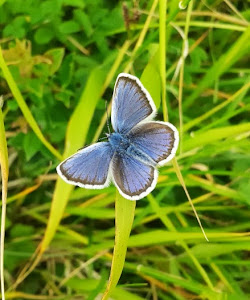